Food forests often get old and woody as they mature. The fruit sits high, out of reach of mere humans and the permaculture garden looses it's edge. Bunya Halasz, with support from Flávia Assuncao and their community, pioneer forest management strategies to increase production and diversify harvest on commercial farms. Through targeted disruption of natural forest succession, a richer production begins.

our quick animation about how creating glades boosts plantings

Magically, the forest grows with a wealth of diversity and resilience. In this short video Bunya is harvesting a pineapple with slips for replanting. Cassava lays in background. The soil is rich and diverse plants surround him.

Strategic disruption triggers succession. With skill, an upward spiral of successions evolve. Disruption naturally results from the collapse of old trees, wildfires or storms. Sometimes, the existing diversity and resilience of the mature soil system fuels an increase in production.

Bunya and Flavia's team carefully execute a disruption to boost production. Their technique is developed on traditional farming in the tropics with their deep knowledge of the species, soil ecology and climate. 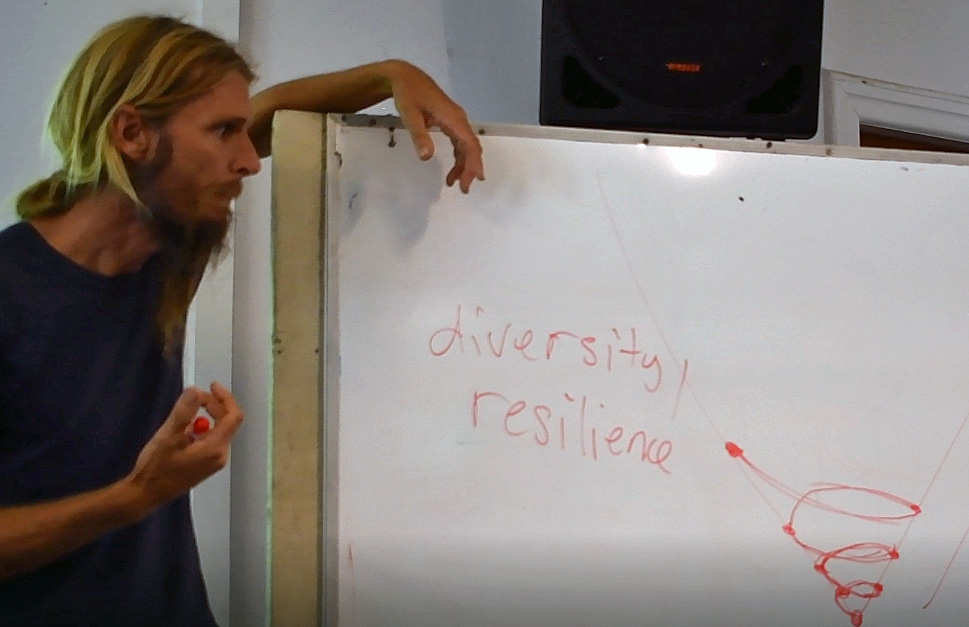 Beyond a boost in production, the yield expands. Their yield now includes pioneering knowledge, skills sharing, empowerment of others and supporting diversity in the community. 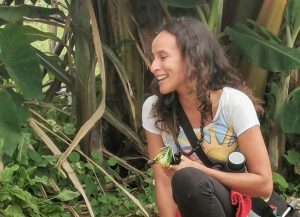 Flávia is heartened by the community who value their diverse produce 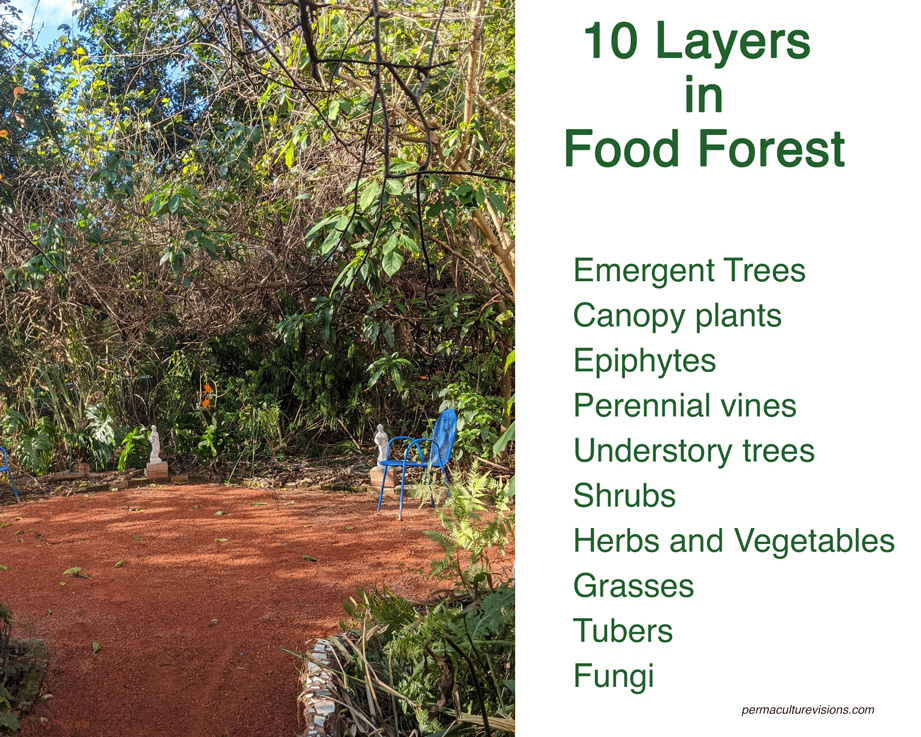 Finally, the canopy of a mature forest closes. And a few trees become the dominant species. In a food forest, this limits our diversity of crops. At this point, the fruits of the forest ripen in the sun at the top, far from reach for mere humans. Very few annuals, herbs, shrubs or smaller trees can survive. And the area below becomes empty and becomes dark. Sometimes, a closed canopy is useful. For instance, a closed canopy can help combat weeds or to create shaded paths and work areas. But production is limited to one layer only - the canopy. 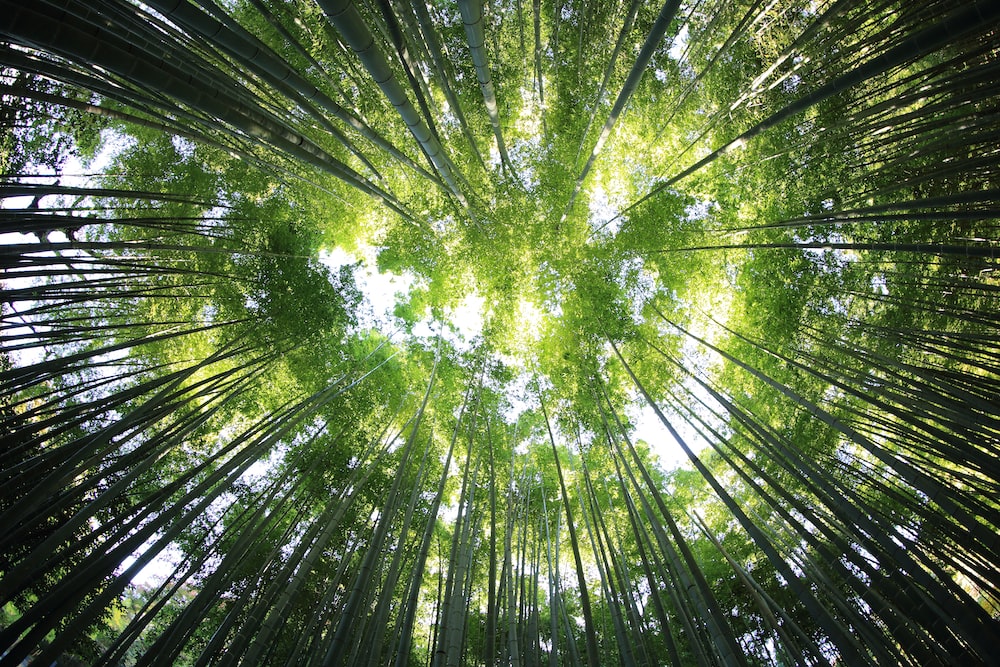 Bamboo forest showing growth at the top. Photo by kazuend on Unsplash

One way to overcome the loss of easy pickings is to disrupt the system. Disruption enables a new wave of primary succession that immediately benefits from the deeper soil. In addition, the leafy harvest reinvigorates the soil system. 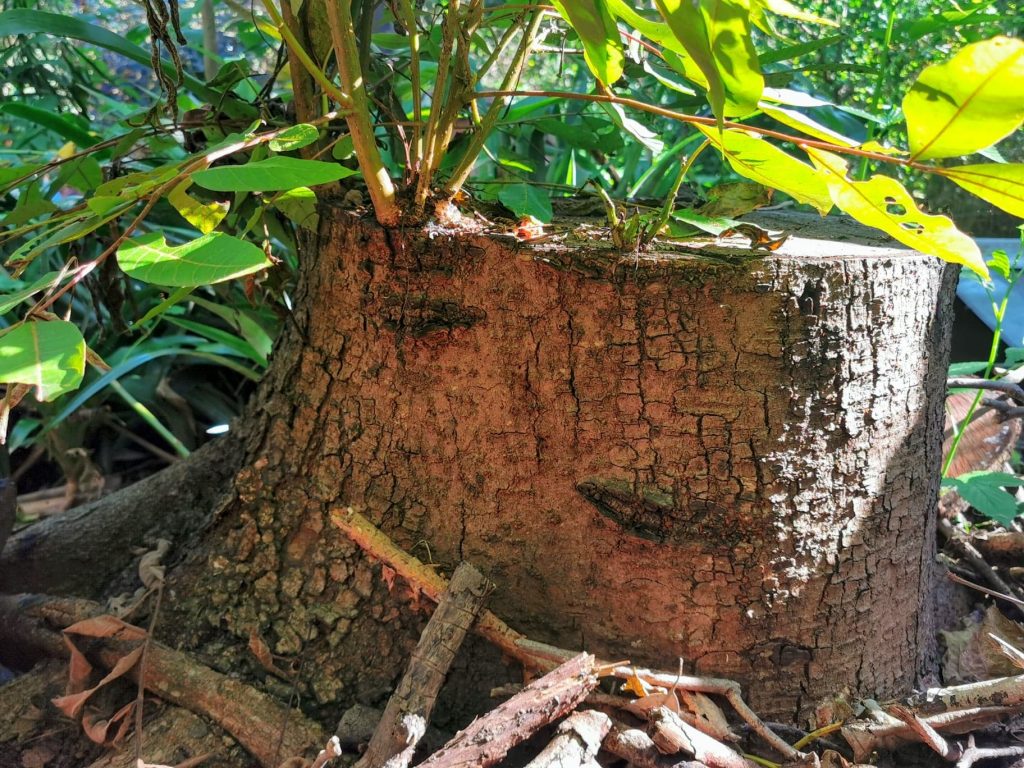 Suddenly, production intensifies when the canopy opens. Lower layers once common in a primary succession, thrive again. And they grow better due to the rich soil conditions.

Careful planning is instrumental in maintaining the wealth of organic resources. Of course, the planning depends on knowledge of species needs and careful timing. After all, chaotic large scale disruption can damage diversity and resilience. 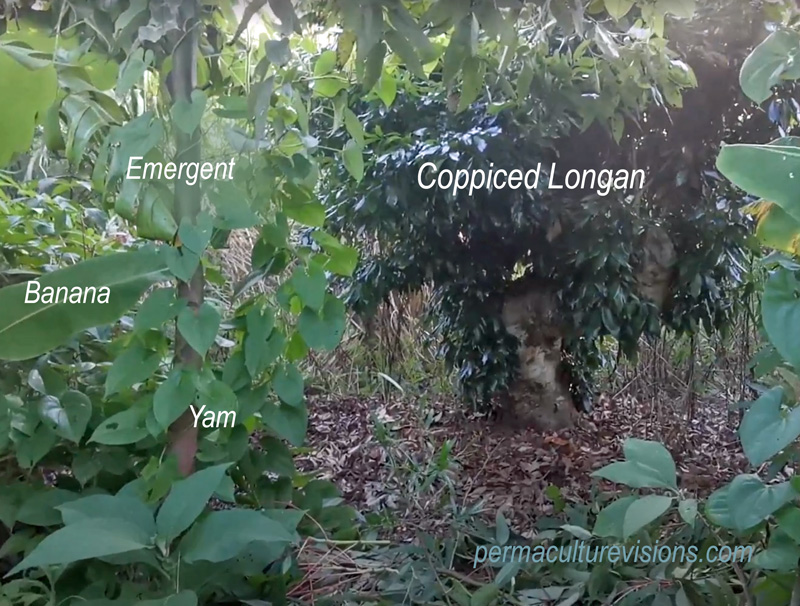 Overgrown food forests and young alley crops both benefit from this new style of succession planning.

At ConsciousGround in the rolling hills behind Bryon, the old food forest was coppiced and interplanted. Then, the new plants were protected with mulch made from the slashings. Furthermore, the coppiced trees regrew. This provided lots of fruit within easy reach. Now the site supports an understorey of pineapples, taro, bananas, herbs and a wide diversity of trees. In addition, flocks of turkeys and chickens browse fallen fruit. 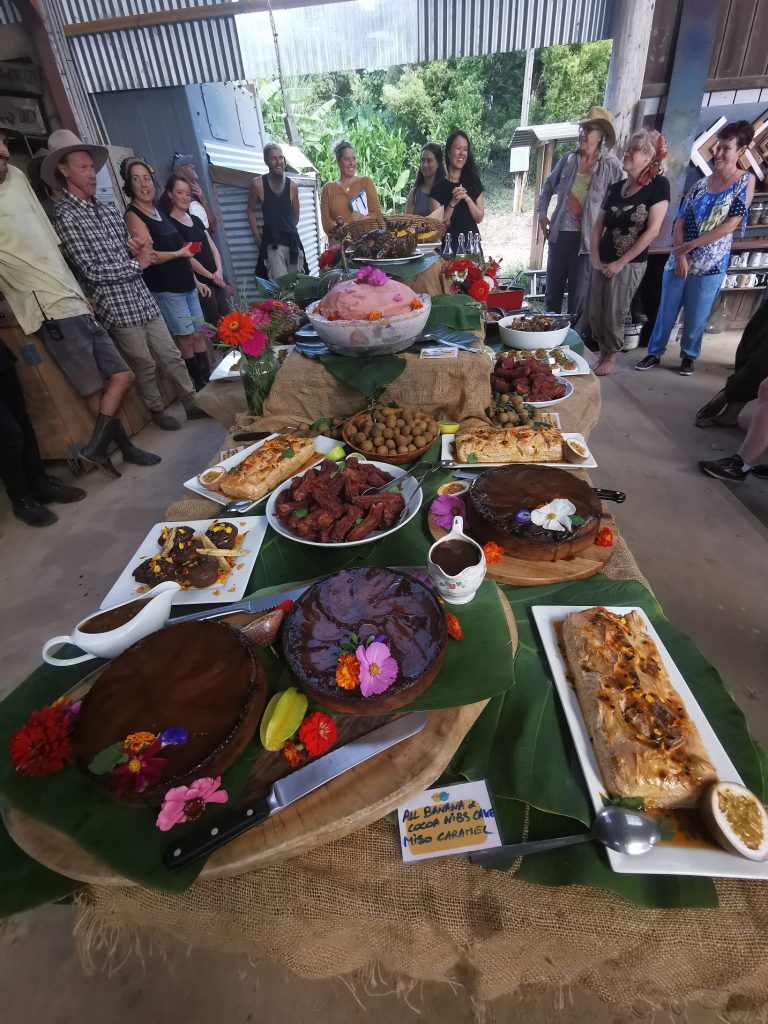 Emergent trees act like solar panels, gathering light from above and protecting smaller plants below. Bunya's team, keeps 10-20% of the compatible emergent tree cover to protect the site from harsh summer sun in Australia. At first, they trim the side branches to force the emergent trees to grow tall and strong. In a few years, the emergent trees become strong enough to support a ladder. Then the team cut and harvest them as poles. Consequently their root systems either die or retreat. This unlocks nutrients for the next plants. As a result, another succession begins. And a resilient production spiral arises.

Quick illustration on use of emergent species in agroforestry at GrowingRootsPermaculture

Hosted by the innovative The Farm at Byron, a rare agricultural beacon is demonstrated. Here you can see the power of intensive diverse cropping taught by GrowingRootsPermaculture in conjunction with Living Agroecology and Hungry Earth Agroecology. This plots using spiral succession and permaculture are brimming with produce. 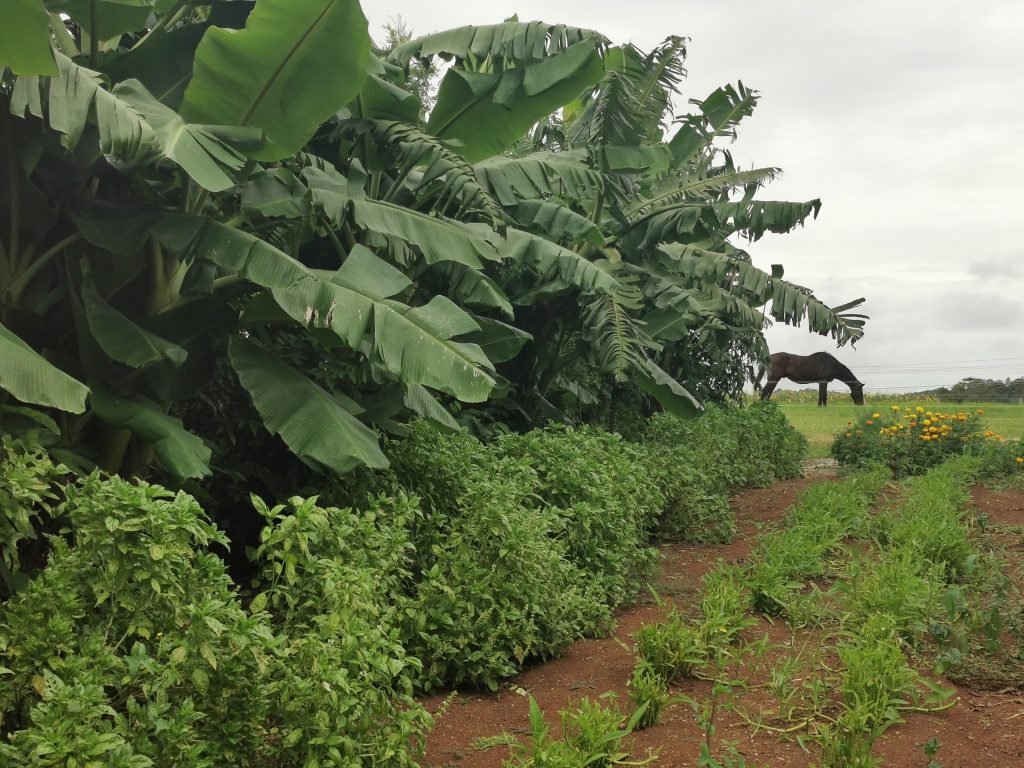 Layers of production at The Farm in Byron.

The progression from monocropping through to alley cropping and then low canopy agroforestry is clear. Diverse intensive production replaces standard commercial mono-cropping. The plantings start with annual crops such as corn and beans. As the annual crops are mature, perennial plants are introduced. Spent stems and leaves shelter young plants from sunburn or frost. Next plantings are fast-growing emergent species. Emergent species shoot up to capture light. As a result, they also serve as mist collectors and wind or frost protection.

You can respond to this topic as part of your PDC homework for Forests.